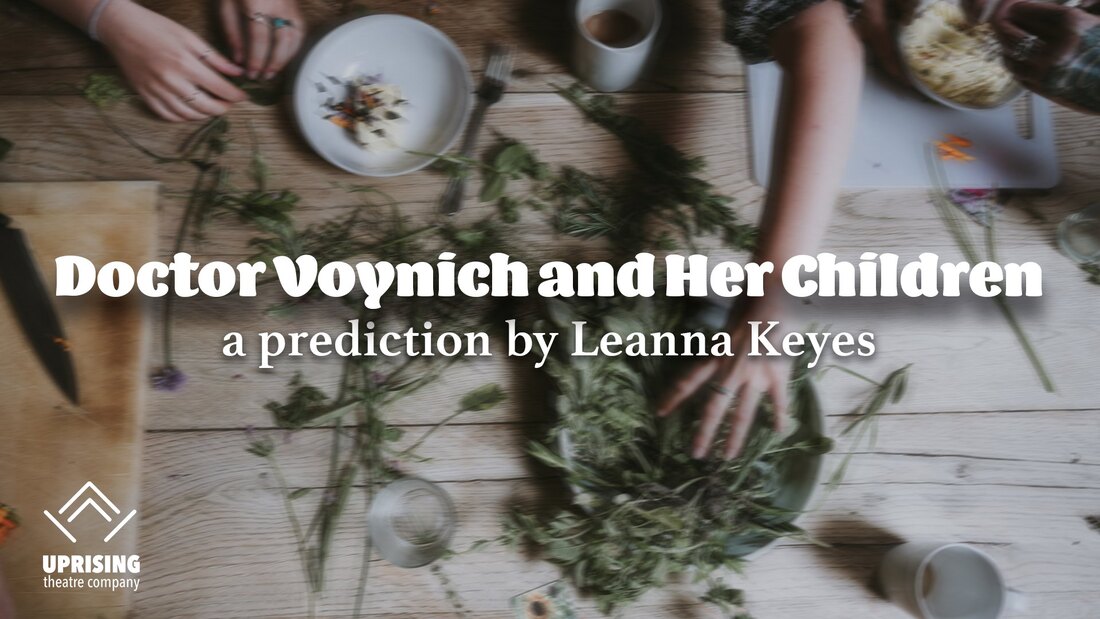 ​Doctor Rue Voynich and her apprentice Fade travel the American Heartland dispensing herbal medications. Covertly, they perform abortions, which have been illegal since the days of the first woman president, Ivanka Trump. Fade tries to help local youth Hannah complete her abortion, using knowledge from an ancient manuscript, before her mother and the sheriff can nail them for the “attempted murder of an unborn person.”

This post-Roe v. Wade play about mothers and daughters is poetic, sexy, vulgar, queer, and a little too real.

Photos courtesy of Tony Gao.
The first community production of this play happened at Uprising Theatre Company in Minneapolis, MN. It opened on March 6th, 2020. It was directed by Ashley Hovell and produced by Shannon TL Kearns. 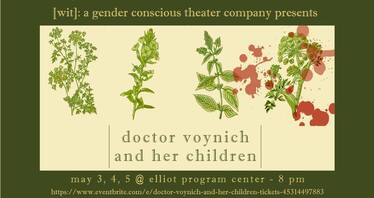 The first student production of this play happened at Stanford University under the auspices of “Stanford [wit]: a gender conscious theater company.” It opened on May 3rd, 2018. It was directed by Claire Lamadrid and produced by Francesca Watkins.

Photos courtesy of David Mason.
​The first workshop reading of this play happened at Rhodes College in Memphis, TN, opening on April 12th, 2018. It was directed by Molly Mulhern and stage managed by Anna Koonce.

RUE, AN HERBALIST
Rue is a middle-aged trans woman who performs illegal abortions in secret. She’s not unkind, but she’s a shrewd businesswoman who is pragmatic to a fault. (“VoyniCH,” not “VoyniCK”)

FADE, AN APPRENTICE
Fade is a mouthy teenager and Rue’s apprentice, too naïve for her own good. Her heart speaks more loudly than her head. A gay disaster.

HANNAH, A YOUNG WOMAN SEEKING AN ABORTION
Hannah is a pregnant young woman who is naturally clever and quite uneducated. She’s persuasive, persistent, and impatient.

JESS, A MOTHER
Jess, Hannah’s mother, never really learned how to understand herself as an independent human with agency rather than as an extension of “the family.” She’s protective, anxious, and image-conscious.

HARRISON, AN OFFICER OF THE LAW
The local sheriff, Harrison, is the kind of woman who believes that abortion is murder and poor people should get better jobs. She enjoys her power without understanding what it does to people she cares about.
Read Doctor Voynich and Her Children on the New Play Exchange by clicking or tapping here: